Today’s Best Stoner Rappers to Get High to

Best Stoner Rappers to Smoke to

As stoners, we all need good smoking music. It’s hard to find a steady stream of rappers that spread good messages and positive vibes about getting high and enjoying cannabis. Here is a list of some of the best stoner rappers still making music today.  Each of these artists smoke and rap about how weed has effected their lives to some extent. Sit back, get high and give these songs a listen, you won’t regret it. 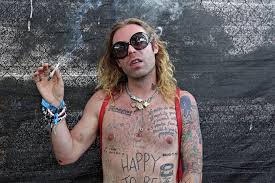 The hippy is happy to be here.  He spreads good energy and inspires people to make Movement On Dreams and Stand Under None. Hence, MOD SUN. He loves the green and raps about how cannabis and getting high help him see clearly and provides him with a medium to express some of his best positive traits.

Check out this music video for his new song #noshirton off his album, BB, out now.

In late 2011, Hopsin signed Dizzy Wright, a young rapper, who over the next few years would engrave himself into stoner rap culture. His first album, Smokeout Conversations was released on 4/20 2012.Recently, in August 2017, he released The Golden Age 2 which is a sequel to his 2013 mixtape.

Check out one of my favorites, East Side.

Yeah, he’s known for “loving college”, but he kills it today. If anything, he’s gotten more lyrical and creative with his vocabulary. Check out this cinematic exclusive he did with Truth Studios, it’s pretty dope. He has more bars than people give him credit for, anyone who had been following him over the years knows his true talent, and not to mention his love for mary jane. In my opinon, Asher is one of the best stoner rappers of the past decade.

Asher Roth – Thats All Mine (Live At Truth Studios)

Formerly known as Lil Herb, G Herbo first got attention from his song with Lil Bibby called Kill Shit. Since then, the video has gained almost 29 million views on YouTube. But G Herbo has been steadily writing and creating killer songs for the past few years.

His new music video for “Man Now” dropped on Halloween on 2017, and it flows pretty well, give it a listen.