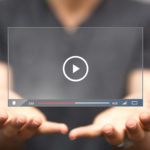 You like smoking, and you like watching TV. Why not combine these great activities? Read on to learn about the best shows about weed.

Not only that, but weed also seems to make TV time more enjoyable; especially for those with children. So, why not double up on dopamine by binging shows about weed while you smoke?

The Most Popular Shows About Weed to Stream Now

Whether you like comedy, documentaries, or reality TV, we have you covered. Here are some top picks for weed-related shows ready to stream now.

Hollywood legend Kathy Bates stars in this show as the owner of a dispensary in California. The show follows Bates and her quirky employees as they try to keep her dream afloat.

If you’re feeling inspired, visit a real-life dispensary. Here, you can find your perfect strain for the next binge session.

If reality TV is more your thing, this show is for you. The premise of Bong Appetit is a serious ode to the munchies.

Follow people all over the world who are taking food and cannabis to the next level. Each episode features dining, food, and other great goodies with a weed theme. You can find this series on the Vice website.

Follow several people in New York whose only connection is their weed dealer. The funny thing is, they never introduce the dealer. Though, through everyone’s lives, he’s still a central figure.

Sometimes, you want a throwback night. Why not revisit one of the first mainstream cannabis TV shows?

If you’re familiar with Weeds, it aired in the early 2000’s. It was about a mother who starts selling marijuana after the death of her husband to support her kids. It ran for seven years and won awards over the course of that time.

Do you like to soak up information while you smoke? Evergreen is the documentary for you. Learn about the marijuana legalization process in Washington with interviews from advocates.

Who doesn’t like to cheer on the states who are legalizing?

Are you a regular advocate of the benefits of weed? Do you often tell people why marijuana should be legalized? If so, Weediquette is the show for you.

Krishna Andavolu hosts this multi-season HBO series about weed. Follow his exploration of the benefits, legalization, and economic advantages of marijuana. He also talks about the medical patients who benefit from weed.

The best thing about sitting back and lighting up is getting to binge shows about weed. Marijuana has become a widely acceptable subject, and there are many shows from which to choose. Between documentaries and fictional series’, you’ll never want for cannabis entertainment.

Looking for more weed and entertainment tips? Stay tuned to our blog.